Bela Hatvany, Harvard MBA, inventor of the touch-screen, talks about keeping his investors and employees happy.

Successful business founder and investor, inventor of the touch screen, Bela Hatvany, talks about founding your own business.


After selling multiple companies for many hundreds of millions of dollars, Bela founded the world's first charitable giving site in 2000, Just giving.

Bela talks about his start-up business philosophy: He embraces not only looking after his investors but his employees too.

Four reasons you should be allowed to work from home. 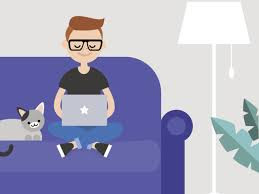 A long time ago, I had a boss who insisted that we always meet up in craft beer pubs even though two of the marketing team were non-drinkers and none of the group enjoyed craft beer.

He also insisted we wore jackets at a retail digital marketing event in July in Chicago when it was baking hot and all the other attendees were in t-shirts and button-downs.

He got mad at me because I took a day off after an exhausting three-day event to go skiing at a mountain resort nearby.

Why do companies, even some nimble tech startups insist that all their workers work in the office EVERY. SINGLE. DAY?

1. Productivity. In the UK this is at an all-time low. And I have to assume part of the problem is created my distrusting management who can't believe that their team is conscientious enough to clock in a full days work while they are at home.

The most productive I've ever been is when I've worked from home one day and in the office for four.  I almost always end up getting more done on that one day I'm working from home.

But I'm a big extravert (100% extravert in Briggs Myers). If even someone like me who thrives on working with others, benefits so much from working from home, imagine how much your talented, hard-working introverts will gain from it.

2. Open-plan offices. The preponderance of open-plan offices is proof that, as the writer, Somerset Maugham put it “The fact that a great many people believe something is no guarantee of its truth.”

Almost every company has them, and virtually every piece of research on them shows that they are ineffective. They do not create open, warm, friendly, convivial environments. Generally, they create the opposite.

If you want to have a great, honest conversation with a colleague, your open-plan office is not the place to do it.

3. People have lives. When I had that boss who refused to let me work from home on Fridays, I had two small children. My wife was also working a demanding job, full time as a recruiting manager for another tech company.

I also had some health issues which thankfully I don't have anymore. It would have meant the world to me, my wife and family. It would have multiplied my loyalty to the company more than anything, including money.

4. Commute. Some of the companies I've worked for have been one and a half hours from my house. If I had had to go into the office every day, that would be fifteen hours travelling a week. Some part-time jobs are fifteen hours a week! Not to mention the toll on the environment of all that travelling. And the cost.

And two of the ways companies still manage to screw up the work from home experience.......

1. Out of sight. Out of mind. Yes, I'm working from home. No, I'm not happy to be ignored entirely. I've worked in a few roles that were WFH almost wholly, and this happened way too often. When it did, I found it almost impossible to have those tough but necessary conversations like thrashing out the annual budget.

2. Some people don't adapt to it well. HR directors having conversations over the phone that should be done face to face, at the very least on a video call.

Bosses that keep shifting conference call times, or being late for them, in a way that they would never do for in-person meetings - they'd be too ashamed... You get the picture!

Social media has turned the world upside down - How have marketers responded? 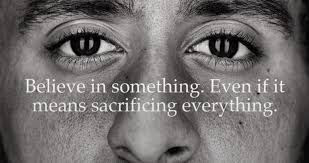 The Doors is my favourite rock group. Their lead singer, Jim Morrison, graduated with a degree in Film at the prestigious UCLA Film School, where he studied with acclaimed film director Francis Ford Coppola. Jim Morrison was also a poet*.

One important aspect of Marketing is getting attention. Almost fifty years since he died, Morrison still generates a massive following on social media and The Doors still sell a lot of records.

Back in 2005 when I was at Boston University School of Management, pursuing my full-time MBA, I had the idea of writing a paper about organisations like the Doors that had a devoted fan base that was drawn, above all, to their authenticity.


When I wrote my paper about 'realness' in Marketing back then, I was influenced by a Harvard Business School case study** written by the new Dean of Boston University's business school, Susan Fournier.

The case study she wrote was about the Harley Davidson Owners group or ‘Hogs'. It was HBS's first-ever 'multi-media' case study.

Harley Davidsons do not compete with other motorcycles in any typical way. They are not particularly fast, reliable or eco-friendly.

They are certainly not cheap. BMW’s, Yamahas, Ducattis or Honda’s will outstrip them here in every way. But what Harley Davidsons do have, which the other brands lack, is a unique bond with their customers.

The Hog club goes on rides, and the riders catalog all of their adventures. A few years ago a marketer suggested that Harley start using dirt and grease-free chrome.

But the Harley team shot this idea down instantly. They believed that part of the appeal for a Harley owner of having that bike is cleaning the grease off of it after a hard day's ride. 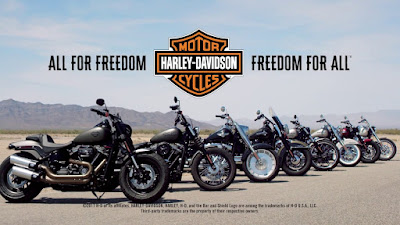 Lululemon (image below) is another top brand that's established an almost cult-like following. Lululemon isn't just a product, it's a lifestyle. 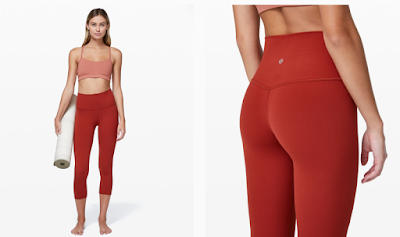 Since I wrote that paper, a celebrity and property developer, Donald Trump, first put himself forward as a candidate as a publicity stunt to increase TV ratings on his show 'The Apprentice'.

The now, US President, Donald Trump made many outrageous statements during this period. Yet every time the political experts said ‘that’s it, he’s crossed the line. He's finished’, he just got more popular. The pundits couldn't believe it.

Similarly, Nike took a decidedly political stand on Colin Kaepernick, quarterback for the San Francisco 49ers, kneeling during the National Anthem to protest against racism in the USA.


Most marketers at the time said that Nike made a terrible mistake bringing out this ad. 80% of marketers today still say that you shouldn’t take a strong position at risk of alienating your customers.

But just as in the case of Trump, being controversial worked for Nike. Nike has made six billion US dollars since that ad, that was loved and loathed in equal measure.

*Extract from ‘The Movie’ a poem by Jim Morrison
The auditorium was vast and silent
as we seated and were darkened, the voice continued.
The program for this evening is not new.
You’ve seen this entertainment through and through.
You’ve seen your birth your life and death
you might recall all of the rest.
Did you have a good world when you died?
Enough to base a movie on?
I'm getting out of here.
Where are you going?
To the other side of morning.