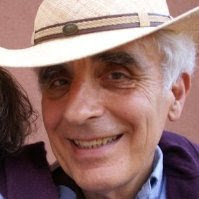 Bela Hatvany was in town, He comes to Boston a lot since He has family and Business interests here as well as some history (although He now lives in the South of France). He's an ancient family friend who has known my parents for almost fifty years.

I actually went on holiday with his family when I was a child and even lived at his house in Kensington Park Gardens (featured in the film 'Notting Hill') for some time. My parents had just taken him out for dinner in London, so this time, dinner was his treat.

We ate at a Spanish Tapas restaurant where I used to live in Newbury street when I was taking my MBA. Bela's a fascinating guy. His dad lost his fortune in Hungary during the war. So his father came to England & made another fortune as a bridge player, Buyer of art & backer of racehorses.

His father actually got so good at betting on racehorses, that the betting agencies and bookies began to pay him not to gamble.

Since then, most of the start-ups or early-stage companies I have worked at have been successful and proliferated.

One of them, Visual IQ, was acquired by a Multi-national, Nielsen, for two billion dollars. Another, Zscaler, the cybersecurity company, just had an IPO which now gives the company a Market Cap of $16 Billion. - not bad for two companies that are both a little over ten years old.

Bela Hatvany recently sold Just Giving for £95 Million. This was a company Bela set up as a project after he had 'retired', to do some good in the world.

Newbury Street, in Boston, USA, where I lived as an MBA student, 2006. 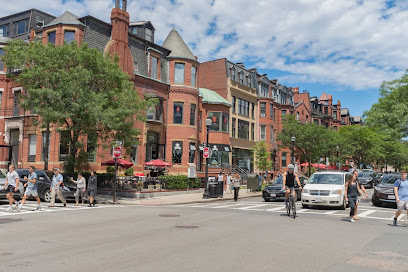