The Financial Crash of 2008 & why it could happen again

Professor Adam Tooze was talking to a packed audience at the LSE; I was lucky I booked early. He started off with a powerful statement summarising the problem.

Each time a crisis is solved, it returns with a vengeance. If you look at crashes starting with  Long-Term Capital Management in '98, the .com crash of 2000, the financial account frauds of 2001

or the mortgage-backed securities driven financial meltdown of 2008, they are all increasing in amplitude.

The big problem is that the Fed, the government, Central Banks, and so on have to move heaven and earth each time to fix the problem.

Then within a few years, we're all acting like nothing awful happened. You have the problem of Moral hazard endemic in this industry. It's like a drug addict who keeps going back for more - and keeps getting more from the government. 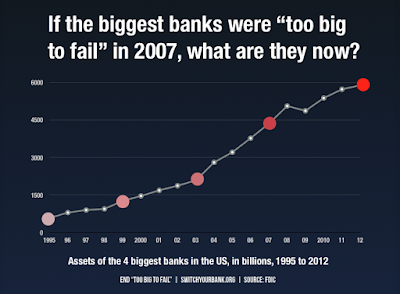 Everyone remembers the phrase 'too big to fail,' right? Well ironically, a result of the government fixing the last crisis is that there are even fewer banks and that they are even bigger than before.

But in 2008 something REALLY BAD happened and we were fortunate to get out of it. It cost a fortune - $13,000,000,000,000 (thirteen trillion dollars) of our (taxpayers) money and we're still suffering the consequences.

- Brexit
- The Election of Donald Trump as US President
- The debt crisis in Portugal, Greece, Spain, Ireland and much of Eastern Europe
- The rise of 'Popularism' and the far right in Europe
- Slowing or stopping of productivity growth (the UK in particular)

They are all arguably, consequences of the 2008 Financial Crash.

Federal Chairman Ben Bernanke's quote that 2008 was 'worse than the Great Depression' and but for the US Government's intervention, it would have been....

Banks on the brink of Bankruptcy in 2008 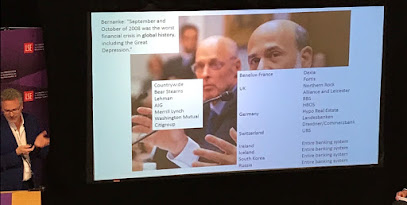 The US Federal Reserve spending

But check this chart below, out - Our Economies had to go into a war-time footing, in 2008, last seen during World War 2. And we are not back to normal now. 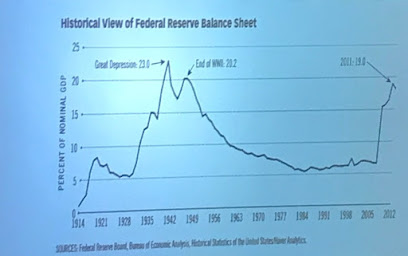 What about this, the housing market. See that big loopy curve at the end of the chart that looks entirely different from the rest? That's right now.

This chart shows us exactly when the government deficit took off - when they needed to spend a fortune to prop up the failing banks and financial institutions.

Check out when government debt starts to take off, in this chart below: 2008, just when the Crash in the Financial Sector happened. 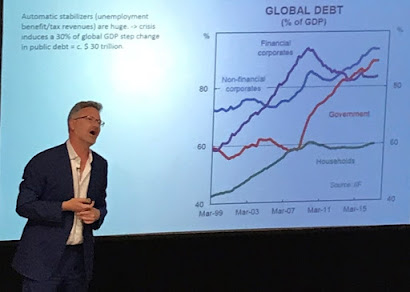 What would you think if restaurant review sites like TripAdvisor or Yelp were being paid by the restaurants?

During a Congressional hearing into the 2008 financial crash, an email was discovered from a rating expert.

He had written: 'Let's hope we are all wealthy and retired by the time this house of cards falters.'

I had personal experience of something similar, when living in Boston, USA. I used to meet up regularly with a senior director at a large financial firm, who was running the Mortgage-backed Securities Sales desk there.

He used to laugh at his analyst projections.....

Companies like Bear Stearns and Goldman Sachs were shorting (Betting against) Mortgage-backed securities while another part of the company was selling them.

I also knew the CEO of one of the companies that started the collapse, who was at the helm when this financial meltdown happened. He was distraught for a time.

However, He walked away with no jail time and $30 Million in severance. Taxpayers had to bail out his company for $189 Billion.

The biggest bailout in History - will the next one be bigger?

It became evident during the lecture how little could be done during the crash without the USA. The Federal Reserve guaranteed loans not only for US Banks but for banks across the globe.

It's irrelevant what those in the European Union say, because but for the US's action, we would have all been sunk. As Professor Tooze put it 'The European Central Bank became the 13th Federal reserve district.'

In fact, the EU is still doing very little. Spain, which is the size of Texas, has youth unemployment at 50%, right now. How is that satisfactory? Greece is still reeling. 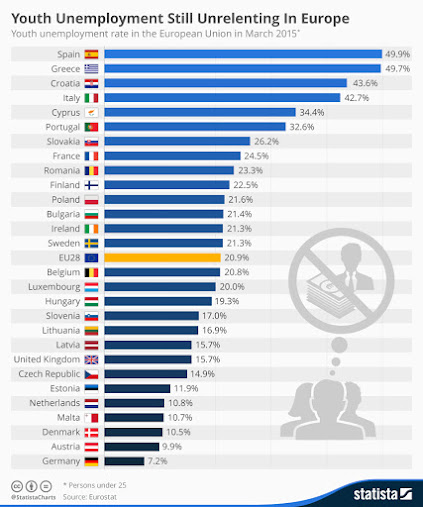 In 2015-2016, we narrowly dodged a recession spreading from Russia, Brazil, South Africa, the collapse of commodity prices (notably, Oil) and the Chinese Yuan.

Where will the next crash start? - China? or the Banks again?
Professor Adam Tooze was particularly gripping when he revealed the comparative chart of the vulnerability of the banks to a future similar shock (such as a pandemic?).
He pointed to Deutsche Bank as by far the most exposed, just adding, to much laughter, that no one could be surprised because Deutsche Bank was universally regarded as a “basket case”.
No 2 did cause some consternation in the room and some gasps - HSBC.

Five of the biggest eight banks are now Chinese. Growth in China has been slowing precipitously. 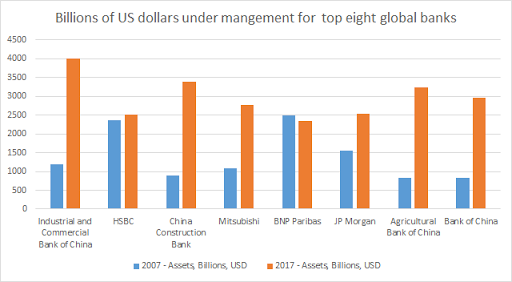